ZANE GREY PREDICTIONS (a case study on the demise of ultrarunning).

The ultra running community knows that our sport is rapidly changing and the consensus is that this change is a good thing.  More people running, faster runners lowering course records and creating more competition, etc. etc.  You've all been hoodwinked!  Our sport is doomed.  We're all getting too soft.  Ultra runners used to be hardened grizzly characters with leathery skin and dirty clothes.  Nowadays we're all softies, which leads me to my Zane Grey Predictions...   For the men's field it's basically going to be a "walk off" over 50 miles of rocks. 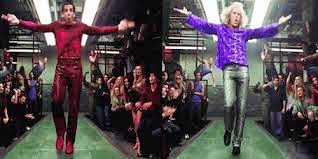 Apparently there are tons of prizes for the top finishers this year*, like free highlights at the local salon, and Tweezerman Ultra Precision Slant Tweezers, and Ultra Whitening Strips for our pearly whites.  Pantene has jumped on board as one of the major race sponsors this year, with free shampoo and conditioner available at all aid stations (we all know what the sun and heat can do to one's hair).  The heat and our sweating will naturally require frequent reapplications of product.  Lucky for us, got2b is supporting runners this year by leaving this in our goody bags: 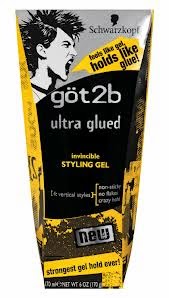 When we come rolling into the aid stations, parched by the desert heat, what better to quench our thirst than Orange Mocha Frappuccinos! 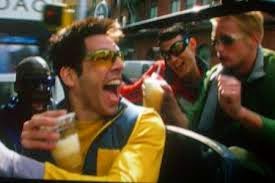 Here is a look at some of the "talent" on the men's side:


When he's not posing for the cover of magazine's Hal does run extremely well.  He has run Zane three times and placed fourth, third and second.  Despite his refined exterior, he's proven his toughness time and time again, and that will likely earn him the W this coming Saturday.

My good friend Erik is a full-time employee with Patagonia... and part time professional model.  We train together a lot and he is very talented.  He's yet to race to his potential, hopefully Zane will be where he gets discovered.

Don't let his bulging biceps and good looks fool you, Nickademus is tough as nails.  He ran ZG back when he was a teenager, he won Barkley last year, he got 3rd at HURT, ran Badwater, etc. etc.  He'll feel right at home on the gruesome Arizona trail and will finish on or very near the podium.


Unfortunately, I think Jesse pulled out of this race since he just ran Lake Sonoma, but he's just so crazy, you never know - he might show up?

Jon's specialty is racing shorter distances, but his sheer grit and speed will serve him very well.  So will his recent training block of chasing a mountain lion down a trail, hopping on a bike for a bit, then running sub 5 minute pace on the track.


Evan ran Zane well years ago, and these technical trails are exactly what he loves to run (if he can't be in Alaska).  He's a ridiculous climber, as his Mt. Baldy FKT proves, but Zane isn't all uphill.  He has the talent to win it outright, we'll see in a week.  Behind these chiseled cheek bones and perfectly groomed facial hair is a family man, seen above playing games and goofing around with his daughter.

Billy Yang, cinematographer, runner, and male model.  As of late, you just can't keep this guy out of the mountains (unless he has a scheduled photo shoot).  He's going to fall even deeper in love with the dirt, rocks, trees and wildlife that is abundant around the Mogollon Rim and never return home, LA will miss him.

Brian Peterson - Won Los Pinos 50k last year, which speaks to his toughness.  I wouldn't be surprised to see him on the podium.

Ryan Smith - He's from Boulder and he looks tough, so he must be good!

Nick Coury - Didn't include him on this list initially because I forgot he was running it, oops.  He'll run his personal best for sure and win be in the mix.

Ian Torrence - Has recently run some stupid fast 50k's and I think this will be his 12th year running ZG!  I initially didn't have him on the list because I thought I saw him lying on the ground dead at the finish here last year, my bad.

~Please let me know who I'm forgetting/overlooking/am unaware of and I'll add them to the list.

It's looks to be a cooler than normal year, and there should be a good pack of dudes up front pushing each other, but Dave Mackey's 7:51 CR will still be standing.

What about the Women?  Their field has some heavy hitters as well.

Diana Finkel - Has placed 2nd here the last four years.  She'll likely do the same this year.  It's not that she couldn't go for the W, for some reason I see this as good HR training for her more than it is a race.

Michelle Barton - She is extremely talented and runs a lot.  Will she show up eager to race, or will she be out having a good time at a more relaxed pace?  Either way she will finish quickly.

Carly Koerner - She's raced a ton of tough courses, and will finish well.

Silke Koester - Likes difficult races, or at least runs them a lot, will finish on the podium.

Holly Miller - She's familiar with Arizona trails, and will finish with a solid time.

*All comments in this blog related to prizes and sponsors are spurious, as are most comments made by the author.