A week out from race day I was surprised to see cool temperatures forecasted for Zane Grey this year as it's notoriously a hot race.  As Saturday neared the percentage chance of precipitation steadily increased to 100%

I don't particularly mind running in the rain or wind, so I wasn't too concerned.  Then the day before the race the race director, Joe Galope, sent an e-mail informing us of some re-routing of the course that also cut the distance from 50 miles to 46... bummer.  He also mentioned stopping the race at 33 miles if the creek crossings became too dangerous. 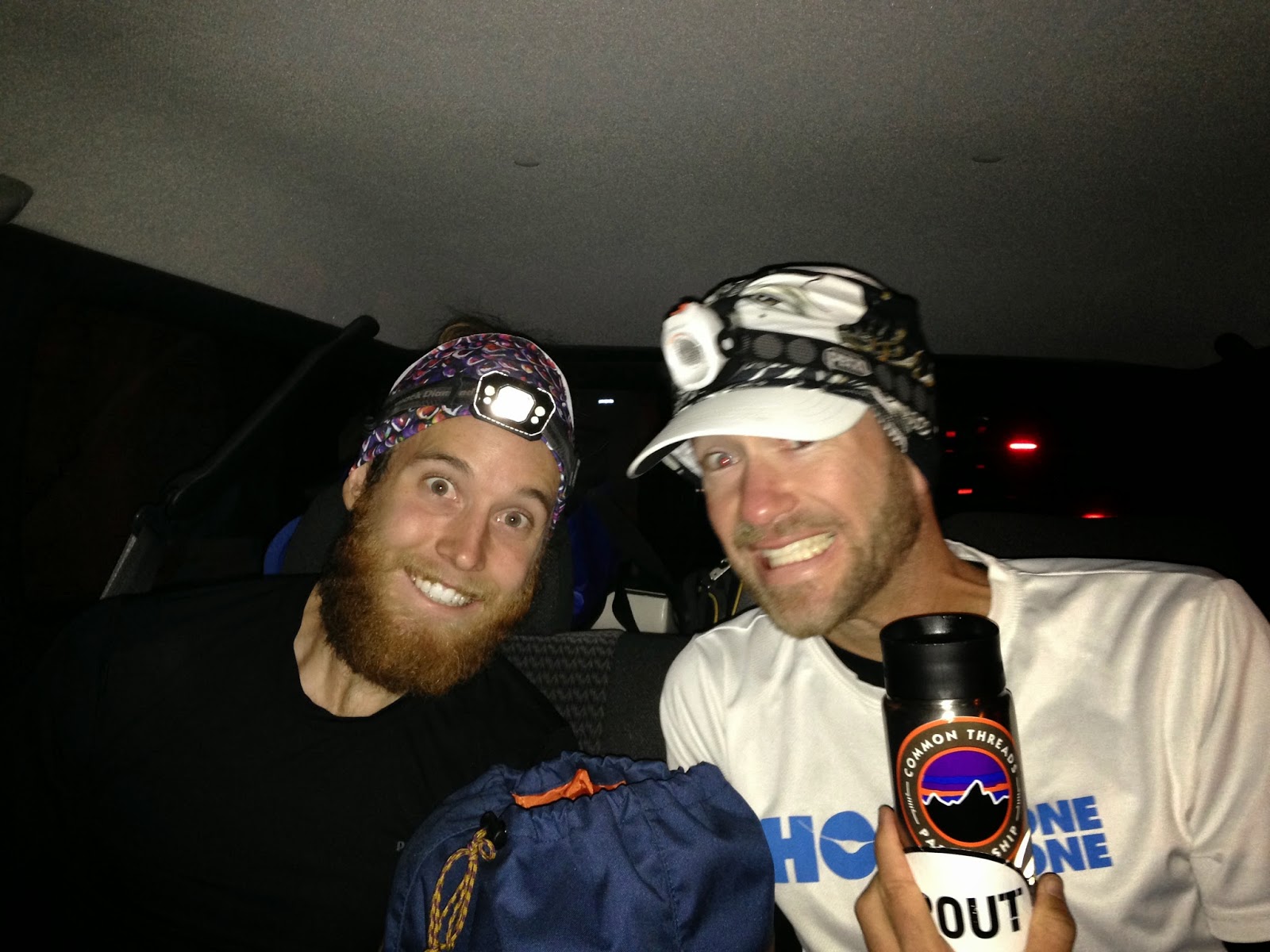 The race kicked off at 5AM.  It was cool and breezy but no rain was falling from the sky yet.  A couple miles in we were all treated to an inspiring blood orange cloudy sunrise from half way up the Mogollon Rim... the kind of visual delicacy that pulls at something deep within your primal being.  It began sprinkling and the wind picked up a bit.  Someone mentioned wishing they had a camera and I started singing the, "let me take a selfie," song, my typical goofy/sarcastic/nervous energy/early race chatting continued.

The weather slowly but surely became more harsh.  I won't say it got worse because it was more fun than if the conditions were faster or easier.  The sprinkles turned into a steady rain, the wind became stronger, the rocks got slippery and the dirt turned to mud.  It began to hail, the hail turned to snow.


I can't think of a better litmus test for a trail shoe than Zane Grey in these conditions.  My Hoka Rapa Nui 2's worked perfectly.  I highly recommend them for any trail running, I've put them through the ringer, they can handle anything and are a fun shoe in all conditions.

What else did I wear out there?  I started out with gloves and a windbreaker but quickly overheated and ditched them at the first aid station.  From then on I wore my hat, capilene 2 under my Hoka One One shirt, Inknburn Denim shorts, Drymax lite trail sock and leg sleeves, and my Inknburn buff - which went from keeping my head warm to keeping my hands warm.  It turned out to be a versatile and handy thing to have out there.  Besides getting a little chilly when the wind gusted I was able to run hard enough to stay warm, eating 300 calories an hour seemed to help too.

I was pacing myself for running 46 miles, running more conservatively than I usually do in 50 milers - saving a gear for the last 10 miles.  So it was frustrating to get to mile 33 a couple minutes behind the winner, Ryan Smith, to hear that the race was stopping here.  Andrew Miller, who came in behind me was equally shocked an upset, he looked eager to turn on the jets.


So it goes though.  In hindsight I could have realized that the race would likely be shortened due to the blizzard.  Instead I optimistically thought that the snow falling on us and higher up on the rim was not going to cause the creeks to rise like rain would and that this would make the creek crossings safe, allowing the race to continue to mile 46.  After finishing and watching the storm intensify I think Joe made a sound decision to cut the race short.

The nature of the trail, the conditions and the way the course is marked resulted in many if not most runners getting off the course for at least a little bit here and there.  Runners putting in bonus miles off the course while nearing hypothermia is potentially a bad scenario.  Don't get me wrong, every ounce of me wanted to run the whole 50 mile course, but I understand why it was stopped short.

My bittersweet love of this race continues.  I love the friends we met up with at Papago's in Tempe on Thursday.  The group of people that have gathered here the last two years keeps me wanting to come back.  Hanging out with my buddy Erik Schulte and his wife Jessica sparked inspired discussions and near brilliant inventions - I'll spare you the details.  Thank you James and Nick for showing Elissa and I some local trails Friday morning.

The course is my ideal trail running:  rugged, remote, gorgeous and humbling.  Last year I accidentally took a couple mile detour that kept me from performing as well as I'd hoped.  This year my plan to run the last 10 miles uber hard was stymied when the race was stopped 13 miles short.  After returning home and letting the experiences of the last two years marinate in my noggin my memories are developing an acquired taste for Zane Grey.  The bittersweetness has all but faded.  Less than perfect experiences are what Zane is all about.  It's not supposed to be easy.  People get lost, roll ankles, get baked by the sun, get frozen in a blizzard.  While I was salivating at the chance to run down Ryan in the final miles, the teasing nature of this race denied myself and others the opportunity, but the way the events unfolded was fun.

Congratulations to ALL who braved the elements, including the winners Kerrie Bruxvoort (who also won last year) and Ryan Smith.  Kudos to them for keeping it together enough to not only run, but run fast in the harsh elements.
Posted by Chris Price at 11:31 AM