Thank you Tim Stahler and ITR for continuing this Bishop High Sierra Race.  I was glad to see that the race didn't fade away after Marie Boyd developed and directed such a fun event for the last 20 years.

Elissa and I carpooled up to Bishop with Dom and Katie (winner of the 50M!).  We enjoyed camping at the Millpond the night before and after the race.

Its about time I toed the line of a longer race again.  After running off a little excitement in the first couple miles, I relaxed knowing that I had plenty of miles to make up for a slow mile here and there.

I couldn't help but get caught up in the lead pack, even though I knew that of the five of us, one was running the 50k (Eric Lynch), two others the 50M (Jeff Kozak and Peter Fain) and only Luke Garten and I were signed up to run the 100k.  BUT, anyone can change the distance that they want to run at any time during the race... so I thought I ought to keep everyone within sight.  By the turn around at mile 20 Jeff Kozak and I pulled away from the others a little bit and it felt like I loosened up and was ready to go, finally shook off a lingering sluggishness.

I loved seeing my parents, and hearing my mom cheer for me at the Intake 2 aid station on my way out to Bishop Creek Lodge (mile 32), where I saw them again.  I also saw Kozak close on my tail, and Luke Garten within striking range.

After some mellow rolling miles, followed by 15 miles of gradual downhill running, I finally got to the notorious "left hand turn," at mile 49 that takes the 100k runners up a hot (90+), steep, exposed hill.  I grabbed a full 20oz. bottle from the aid station at the bottom of the climb, but in the dry heat and wind I drained my bottle within two miles.

When I finally got to the Sage Summit aid station I pounded a bunch of water and headed out a couple miles to the final turn around to grab a poker chip to prove that I went there.  On my return to Sage Summit AS Luke Garten was coming in and looking solid.  He ended up finishing under 10 hours for 2nd place.  Not a bad showing for his first 100k.

As I crested the hill leaving the aid station my hamstrings started feeling like they were about to cramp.  I reached inside the pocket on my Ink'n'burn shorts and pulled out my little ziplock bag, which was already open and the 4 or 5 Saltstick pills that were in there had somehow disappeared.  Uh oh.  My hamstrings were starting to cramp up a bit, I kept running, scouring the ground with my eyes, hoping that the one other runner who'd been through here today just may have lost some salt pills as well... no luck.  Then I licked my arm, which was SUPER salty.  I sucked on my salt caked shirt as well.  My cramping went away.  Wow, dodged a bullet there.

A couple miles later I stopped to pee and the appearance of my urine scared the sh*t out of me.

Fortunately, I peed a decent volume, it wasn't just a couple drops.  60 miles in, during the heat of the day, my brain over-reacted a bit:  I'll cross the finish line and drive straight to the hospital, check my BUN and Creatinine levels, start dialysis, I'll be okay.  I arrived at Tungsten City AS, a mile and a half from the finish, and instead of running straight by as planned, I pounded a bunch of water and grabbed a full bottle for the next 10 minutes.  I crossed the finish line and was greeted by my wife and parents.  Then I drank liters of fluid and before too long my pee was nice and clear, whew.

It feels good to win a race again, even if it is a small, local race.  My goal was to run between 9:10-9:15, and I finished in 9:11.  I beat Jorge Maravilla's old course record of 9:40.  BUT, this was before he really learned how to run fast, let alone jump or smile.  And apparently, his old CR was as soft as his belly was when he ran this race, given that he's lost 20lbs since. 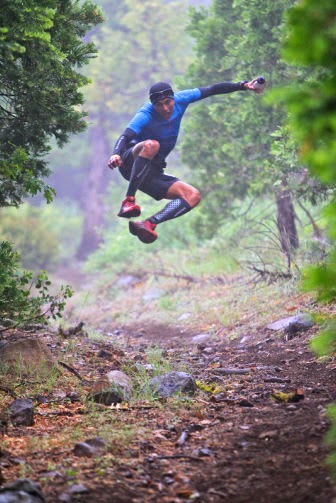 Maybe this race is the fountain of fast!? 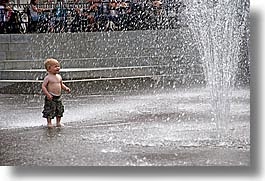 After Jorge ran this race he won TRT 100, then he just went nuts - winning races everywhere, placing top ten at Western States, and jumping and smiling like there's no tomorrow.  So naturally the same is going to happen to me.


This was a great tune up race leading up to Western States.  While it's kind of close with only 5 weeks separating the two races, the course offered the opportunity to practice pacing myself for a longer race, running at altitude, long descents and heat.  It was a nice confidence booster as well.  I've struggled with running uphill for years and since working with Sandi Nypaver & Sage Canaday, my ability to run uphill has clearly improved.  I didn't hike a step in this 100k, and I never felt like I really had to or should be.

I highly recommend this race to anyone considering it.  Before the race I saw that aid stations were no more than 4 miles apart, I thought wow, that's too many.  But I enjoyed the many friendly helpful volunteers every 3 miles or so, even if I was passing through without stopping.  The area is gorgeous as well, especially the higher parts of the course.  If you are interested in this race, you really ought to consider the 50M distance or 100k, so that you get to see the best parts of the course.  After hiking around these mountains last year, backpacking through them a bit and running in them occasionally, it was hard to stay down "low" at 8,000-9,000'.  The pristine peaks 4,000' above, their chutes packed with snow, they were calling me.  "Forget about the race, Chris.  Look at how pretty we are... you know you miss us, just run up here for a second."

Socks and post-race compression sleeves: Drymax Socks.  The Trail Lite 1/4 Crew height socks left my feet blister free, and they kept rocks from getting down into my shoes.

Shoes: Hoka One One Stinson Trail's.  It was hard to decide between the Rapa Nui's and the Stinson's for this race.  I opted for a little more cushion for the 15 miles of continuous downhill, and having a little more surface area underfoot for the miles in the soft sand/gravel.  I made the right choice, the Stinson's worked perfectly.

Nothing like hanging out in a nice park with friends and family, gorging on food and having a couple beers in the shade of a big tree after a race.  Thanks for all the food and beverages ITR!  I was very excited when my parents told me that they were coming down with Katy.  While Elissa's 50k didn't go quite as planned, she still had a great attitude after the race, something that's not always easy to do, and something I struggle with on off days.  Can't wait to head out to the San Juan's and crew her at San Juan Solstice next month.