Dave James and I took off in the lead at the start, we were quickly joined by Fabrice Hardel, Jorge Pachecho, Josh Brimhall and James Bonnett.  We all hung together and leap frogged a bit, rolling into the 16mi aid station in single file, all on each other's heels.  Leaving the aid station we crossed Lake Hughes road and started up the 3mi climb.  Jorge, James, and Josh took off together.  Dave was behind that pack, and was passed by Fabrice and I who were kinda running up the hill together, Dave dropped, I think at the aid station after the top of the hill.
Fabrice and I ran together a lot from there to the turn around at mile 30 - he's a super nice guy and chatting with him for awhile definitely lifted my spirits a bit.  Good luck at UTMB Fabrice!  On the way down to the aid station we saw Josh limping with an obvious hammy issue which lead to his DNF.  We saw Jorge and James heading up from the turn around as we were en route to it, James had a big happy grin and Jorge had his game face on.  I hung with Fabrice for a LITTLE while after the turn around, but couldn't keep up up this long steady 2mi climb - where I saw my friend Evan Hone, about 10 minutes behind us.   Fabrice continued to put time on me from here on out - finishing 3rd in 6:??, behind James who won with a time of 6:26 and Jorge in 6:32.  I finished 4th in 6:55, and Evan 5th in 7:05.  Coming up the last climb around mile 45, I looked down on the switchbacks and saw Hone... so I kicked into a higher gear and luckily kept him off.  Knowing how well he can climb I was definitely a little worried.
I felt pretty good through miles 1-20, then had stomach issues from mile 20-40.  I couldn't drink much or take Gu's without upsetting my stomach... so I started getting dehydrated and hypoglycemic a bit and struggled to walk a fine line between not making myself puke and taking in enough fluid/calories.  Luckily this subsided for the last 10 miles of the race.  I did start feeling a little loopy in the last 2 miles, and felt pretty much intoxicated after finishing.  Luckily my awesome wife was there to take care of me (after crewing for me all day).  After consuming 2L of fluid, including FLUID recovery drink and ice cold Sierra Nevada Pale Ale, I felt much better.
Thanks for putting on another great race Keira!  And thanks to all the volunteers/aid station peeps.
Lessons learned:
- Pouring ice cold water on my head from my handheld is awesome when overheating... do this again.
- Continue to drink FLUID recovery drink immediately after long runs, followed by copious amount of fluid.
- I had absolutely no feet issues today and will continue wearing my trail running lite Drymax Socks.
- Having my wife crew and care for me after the finish is sweet, now I'll return the favor at her triathlons =)
- The trail running community is so fun and friendly.  Had a great time hanging out at the finish area chatting with friends and making new ones, including this guy: 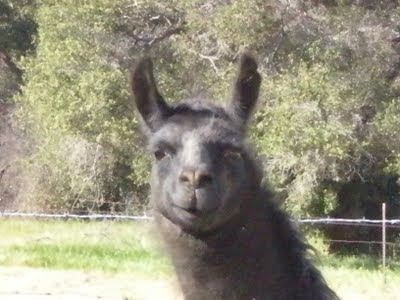 How did my predictions hold up?
I was right about a couple top guys dropping, and one top guy DNSing (Dobberteen).  But I forgot about the X-factor... someone off the radar showing up and rocking it.  That someone was James Bonnett, everyone else knows of him, but I didn't, and/or he wasn't on the entrant list before the race.  Jorge didn't quite win as I predicted, and Fabrice placed a couple places higher than I predicted, Hone finished as predicted, I did a little better than I thought I would, even sans snowstorm.  Placing in the top 3 really would have been nice, but I did take 2 hours off my time from last year at Leona so I'm happy to see improvement.
As far as the women's field... I'm not sure exactly how that panned out, but I did see a lot of woman pushing it up front, I'll have to see when the official results are posted.
I apologize to any anyone I saw immediately after finishing and kinda of ignored... I couldn't muster up the energy and mental wherewithal to speak much, it wasn't because I didn't want to chat!
!!!!!!! POISON OAK ALERT!!!!!!!
I saw a fair amount on the trail, avoided MOST of it, but I'm sure I brushed up against a little.  How little?  We'll see in a the next couple days.  I Tecnu'ed when I got home, hope it wasn't too late =(  If I do break out in nasty, purulent, oozing rashes I'll make sure to post some =)
Posted by Chris Price at 7:19 AM