I'm looking forward to heading over to Arizona and checking out a new trail this weekend.  While I usually seek out races with more elevation gain and loss, this race looks fun.  I'll get to run through Saguaro Cacti and hopefully it will be technical enough to slow everyone down a bit.

Looks like he's recently moved from Ashland to Flagstaff.  He placed 18th at North Face 50M last year, 4th at Run Rabbit Run 100, and 6th at Sonoma.  He runs a lot of competitive races and does well.  He's got my nod for the dubbya.

He's a very well rounded runner, from winning Javelina Jundred in 14:51, winning Zane Grey to solid Skyrunning results.  He's stepped up his game recently and will earn the other golden ticket to the big dance at Western States since this is a Montrail Cup raace.

While he hasn't raced since last April, and is recovering from a knee injury, he's still Hal.  If he shows up he'll do well.  He's won Hardrock, Javelina Jundred and all kinda of races in between.  If he's healthy he will be up front. 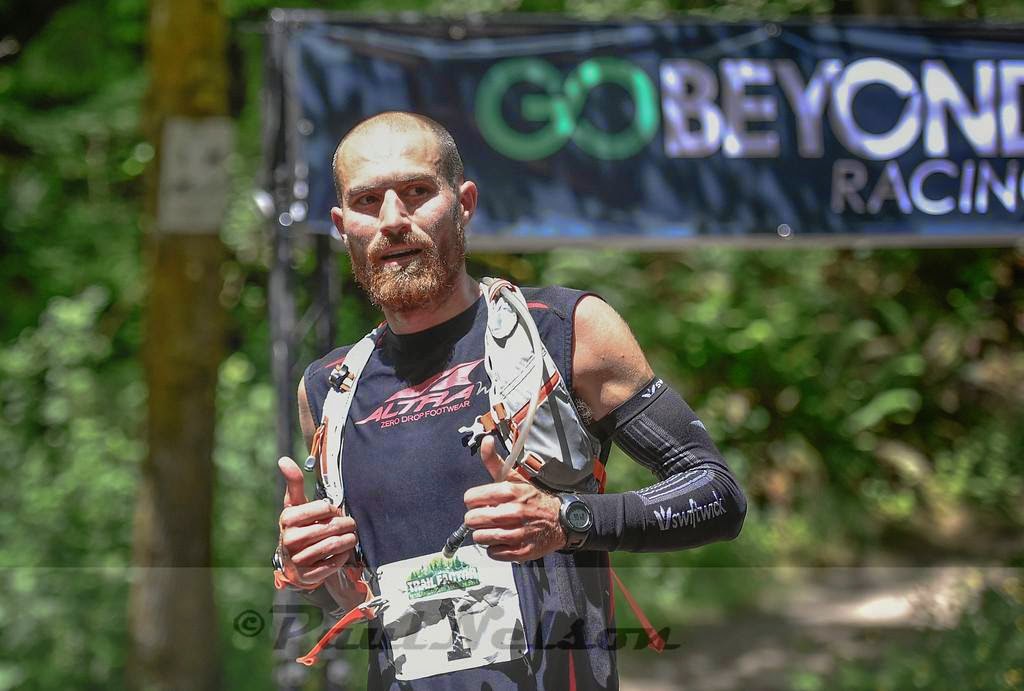 Another Flagstaffian, he's racked up a bunch of W's including a couple at Peterson Ridge Rumble.  He's been posting impressive stuff on Strava lately.  I don't think he's run anything over 50 miles. 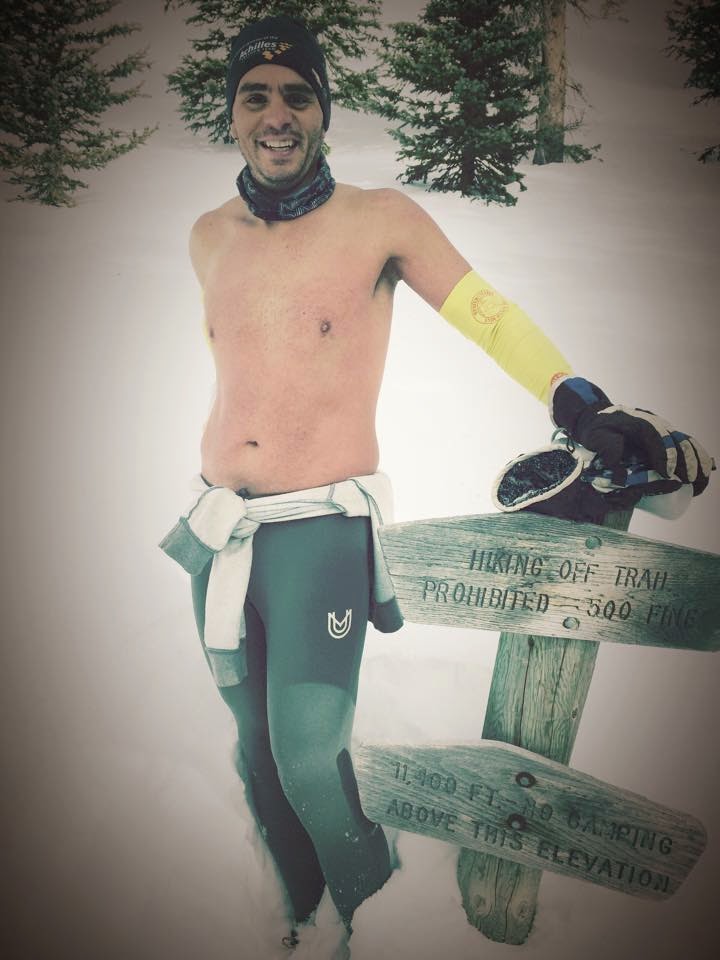 Dave has a very impressive long list of remarkable results, such as his 14:20 win at Javelina Jundred.  He's not consistently this good, so will he show up and end up on the podium, or have an off day.  Either way it's exciting to see his name on the list. 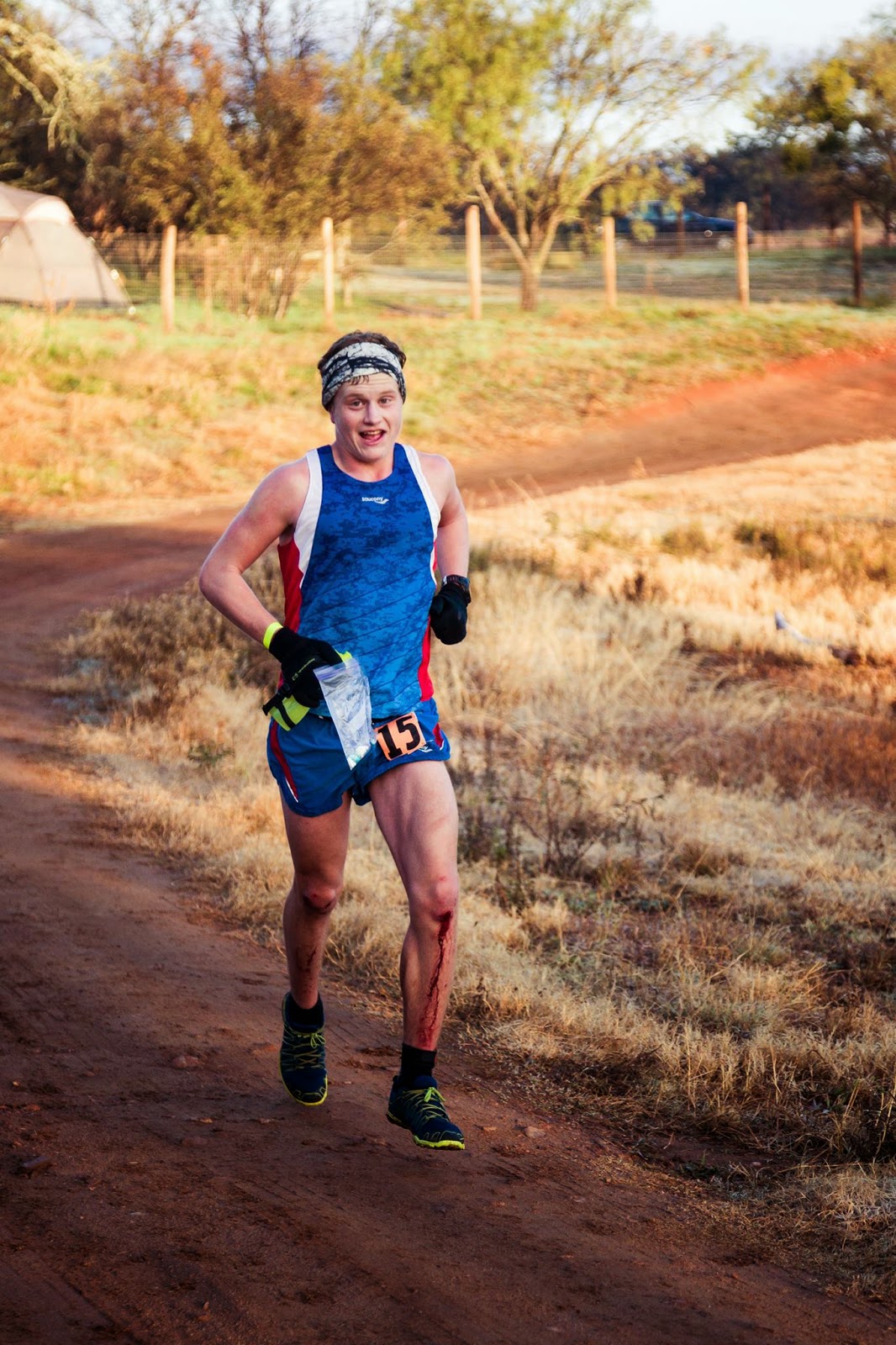 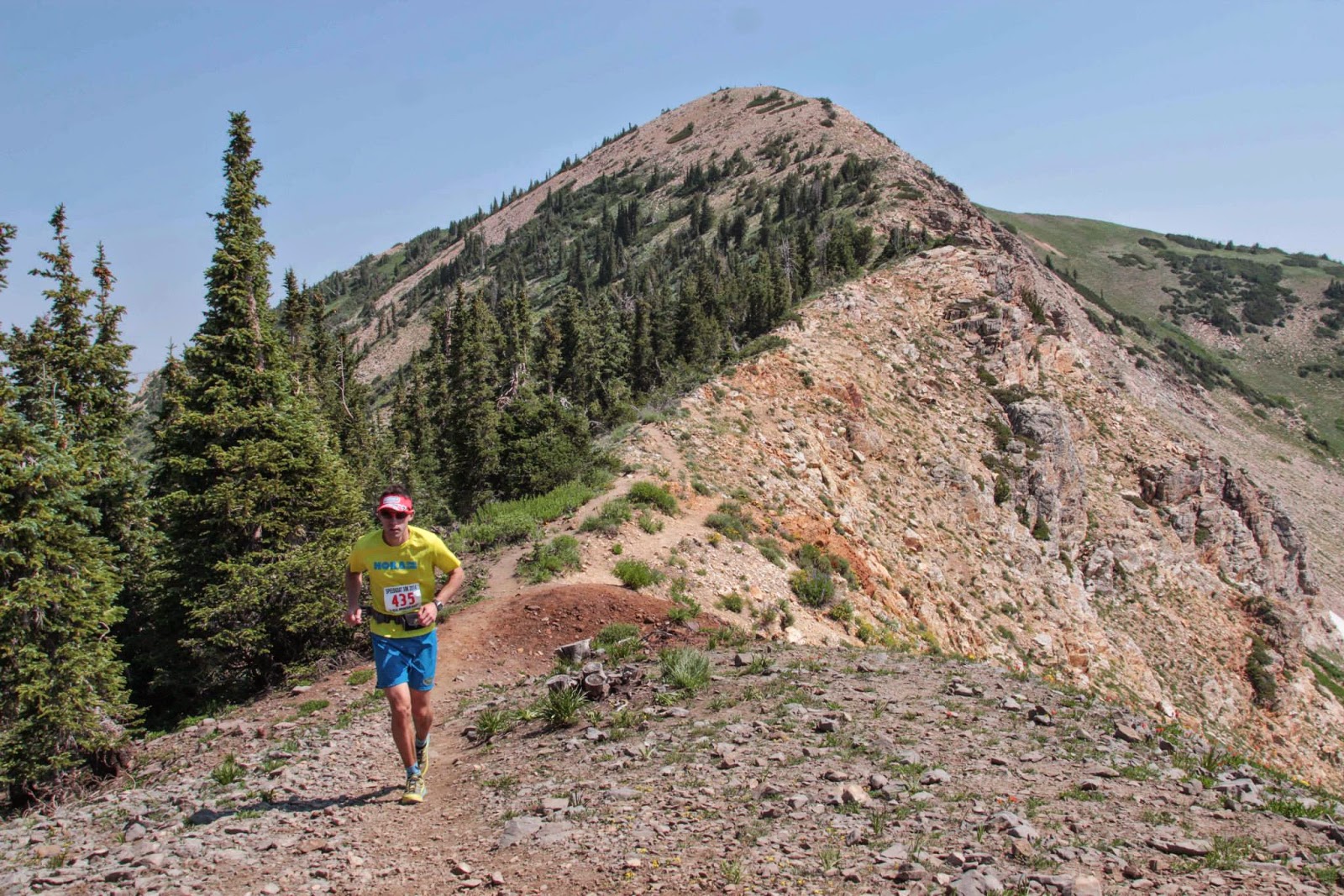 Jeremy has run well at a handful of sky running races lately, Flagstaff, Rut, and Speedgoat.  Seems like he likes the 50k distance.  We'll see how this Montanan holds up in the heat over a longer distance.  Will be running around overseas with Schlarb. 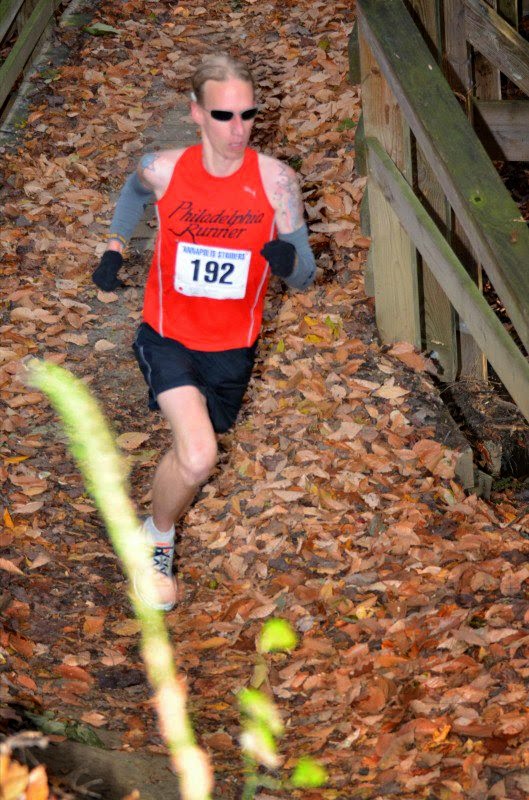 Michael won this race last year and has done very well at tons of local races, including a W at Man V. Horse.

He's won the Bootlegger 25k the last two years in a row, so he has speed.  He doesn't have as many stout results at longer distances, he did place 4th here last year. 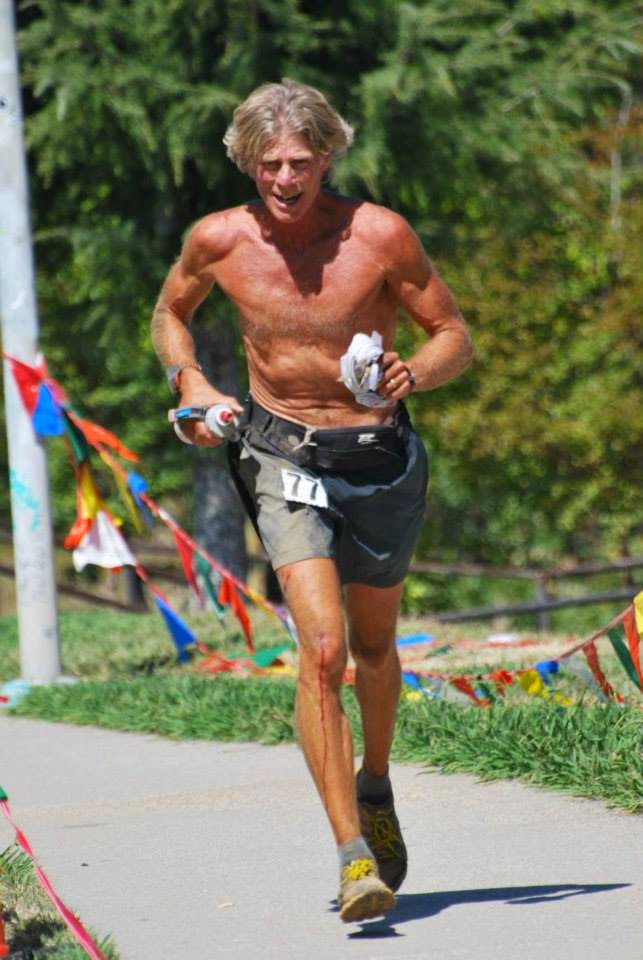 Mark will pass a lot of people towards the end.  He reminds me a bit of my friends Tommy Nielsen,  they're both seasoned veterans with a lot of talent.  People will be sitting around the finish line after the race talking about when Mark passed them, mile 40, 50, etc.  He placed 4th at Miwok last year.  He's looking fit on recent Strava runs and is primed for a solid result. 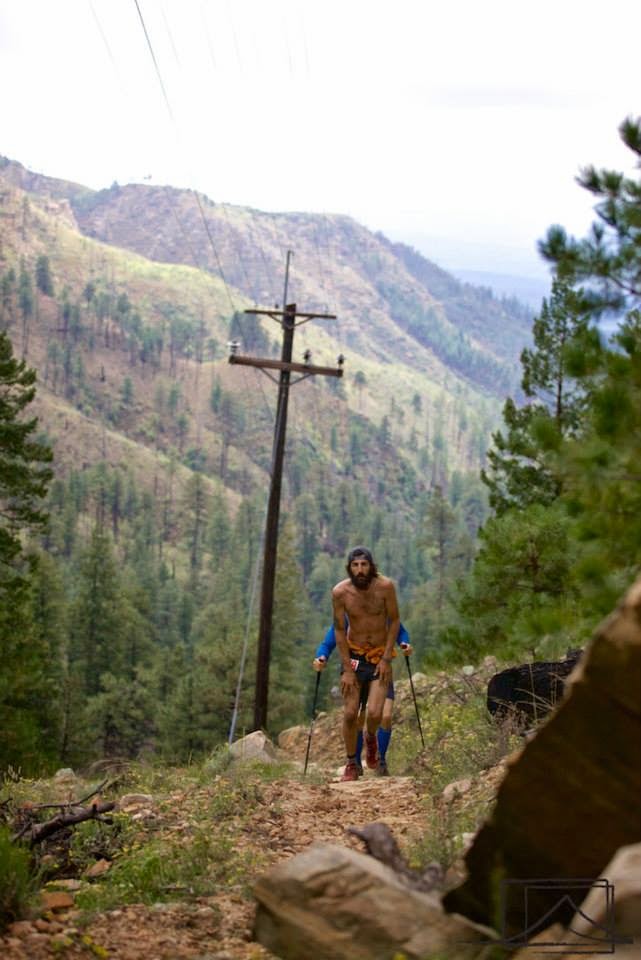 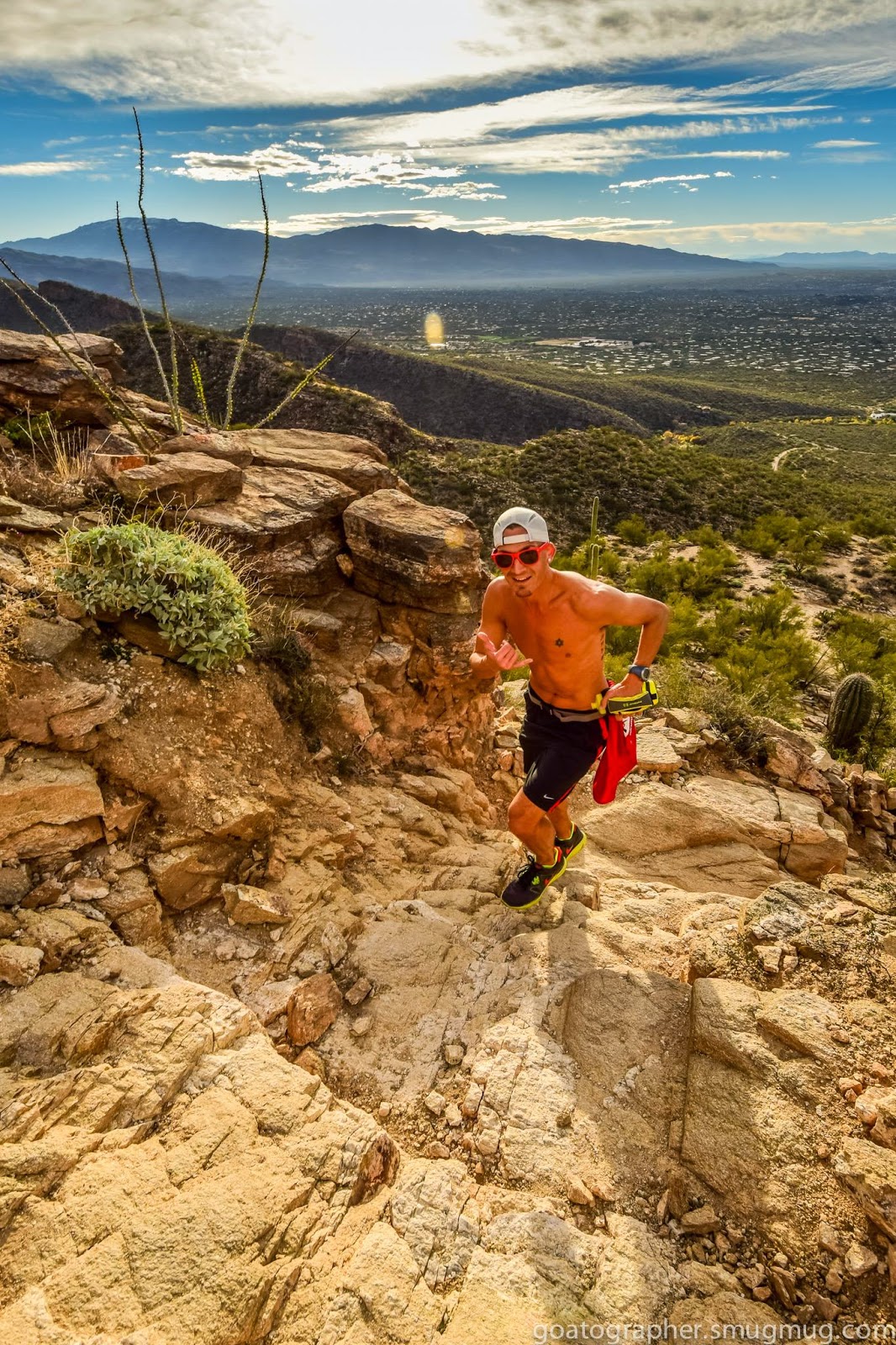 Fresh of a Cold Water Rumble 52k win last month, he'll be ready to party.  He hasn't run anything over 50M, so we'll see how an extra 11 miles of rocks treats him.

After placing 6th at WS last year she went on to win Javelina Jundred in 15:40 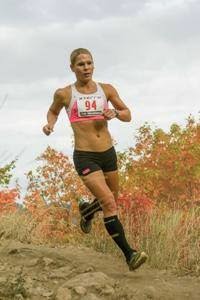 With many wins including North Face 50 and Run Rabbit Run, she's the real deal, pure athlete.  She hasn't raced since June and has an adorable two month old now.  Didn't Paula Radcliffe set the marathon record shortly after giving birth?  We'll see if two months of solid training is enough for her to run away with a victory. 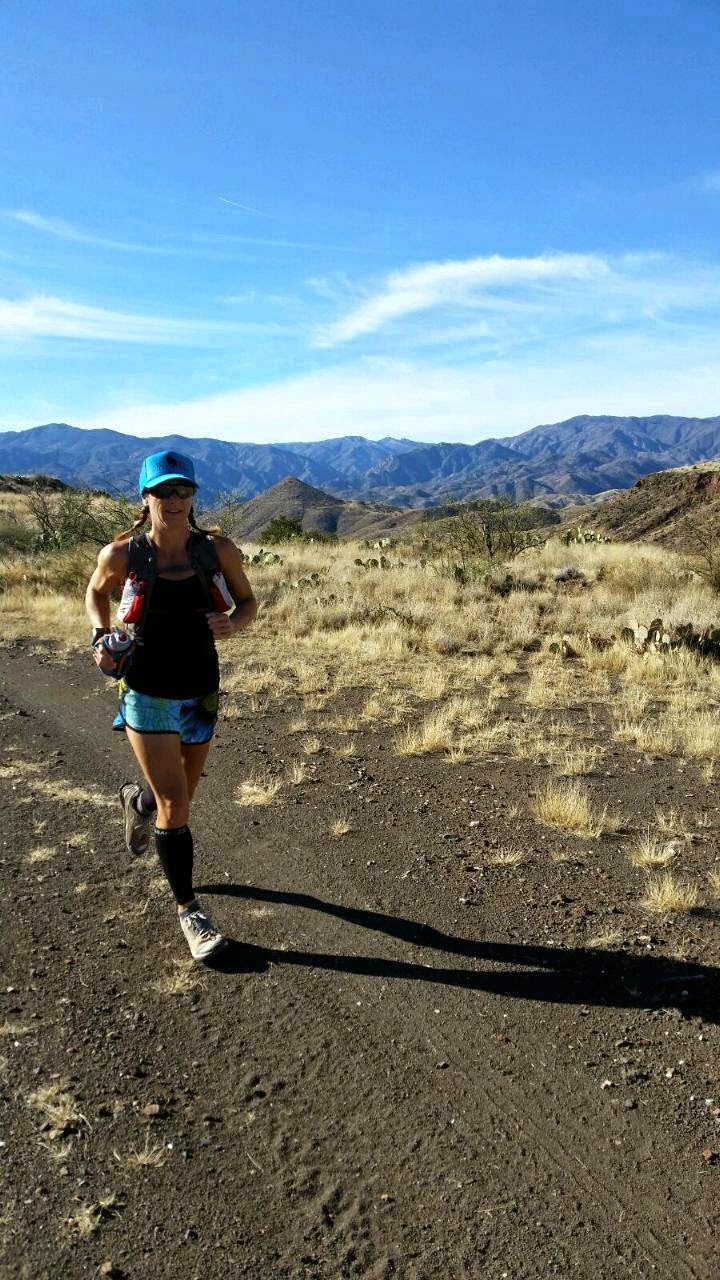 With Kaci already guaranteed a WS slot, I predict Angela will snag the second ticket to the big dance.  She just keeps getting better and better, winning Massanutten last year and placing 5th at Lake Sonoma.

Caroline tends to run competitive races and do well in them.  She placed 3rd this January at Bandera 100k and was 5th in December at North Face 50M.  It doesn't feel right to place her back in fourth, but it's a competitive field!

Neela hasn't run over 50 miles yet, but she has won most of the races she has run.  This will probably be her most competitive run yet.

While she's only run a handful of ultras, her results include wins at Moab 55k (pictured above) and a hundred miler in Utah, so she has speed and she can run far.  I believe she's a triathlete and has qualified for Kona before.

A USATF 10k champ with a recent W at Silver Rush 50M, and good results at races like North Face, Chuckanut and Ice Age... I've got a feeling she's chasing the golden ticket. 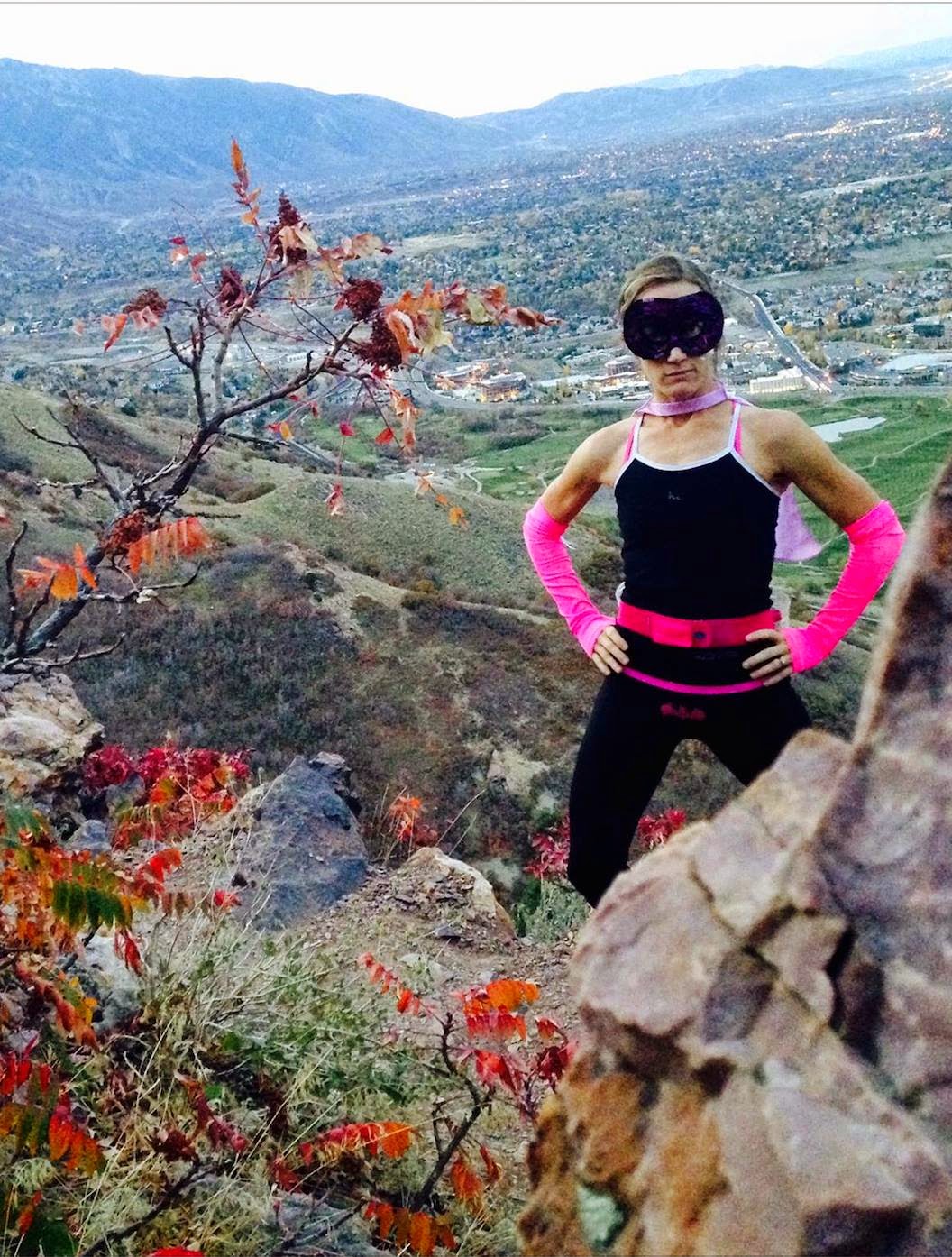 With a win at Bryce 100M last year, a 4th at Run Rabbit Run 100M and other good results at competitive races, she'll be in the mix. 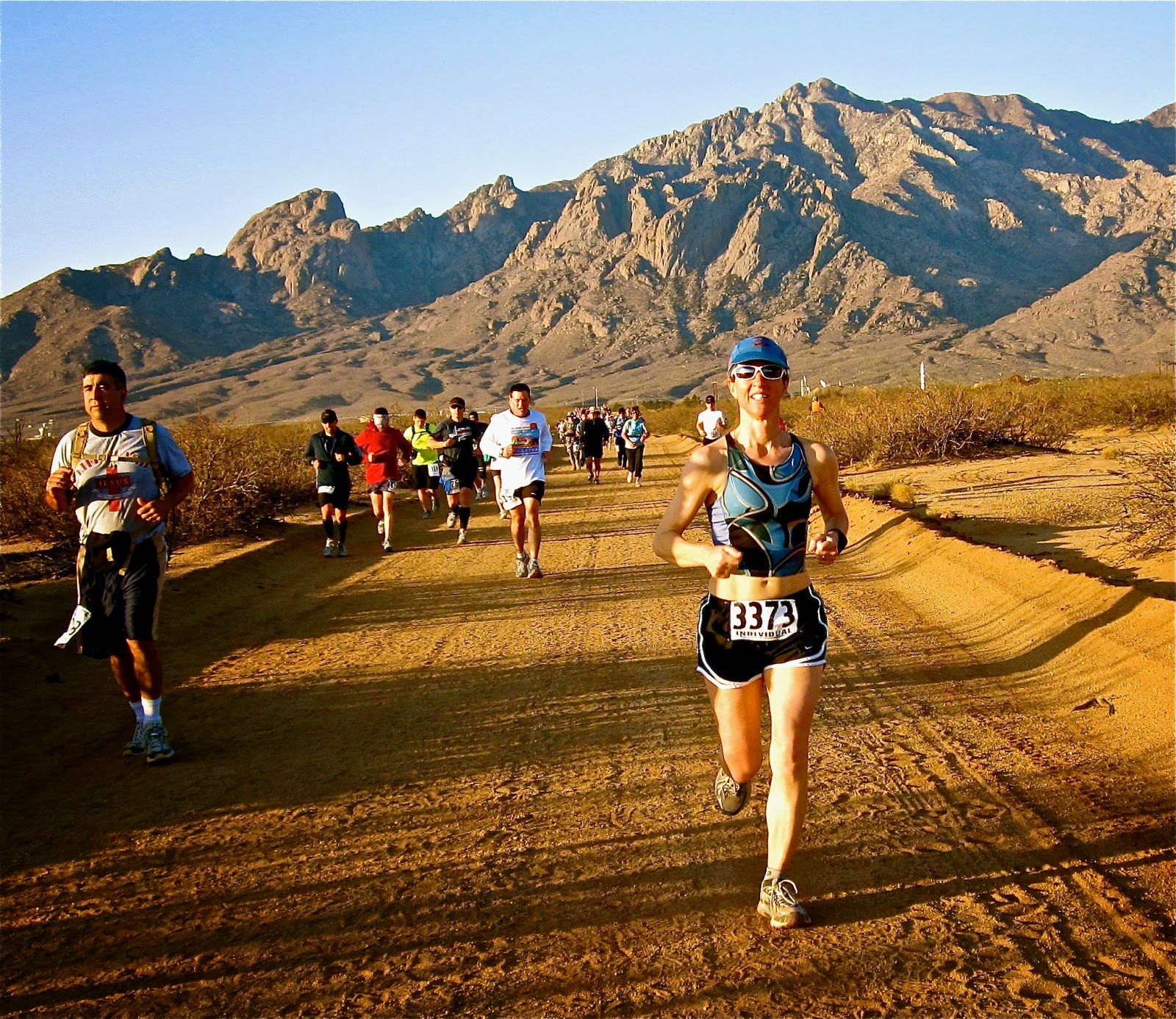 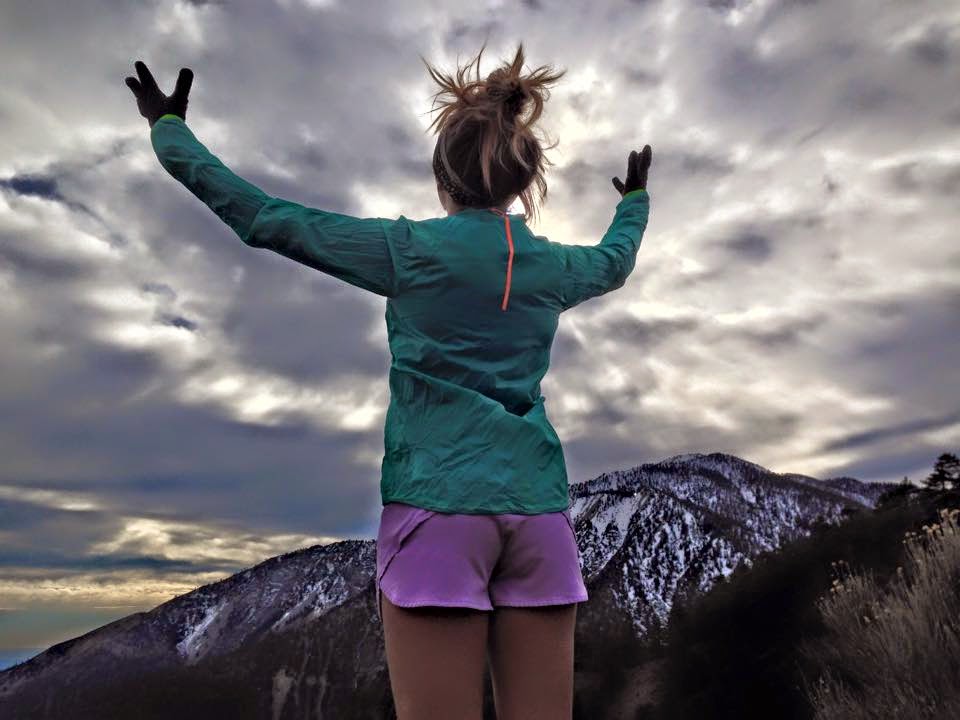 Won Bishop High Sierra 50M last year, has been running PR's lately in training.  I expect a 100k PR for her this Saturday. 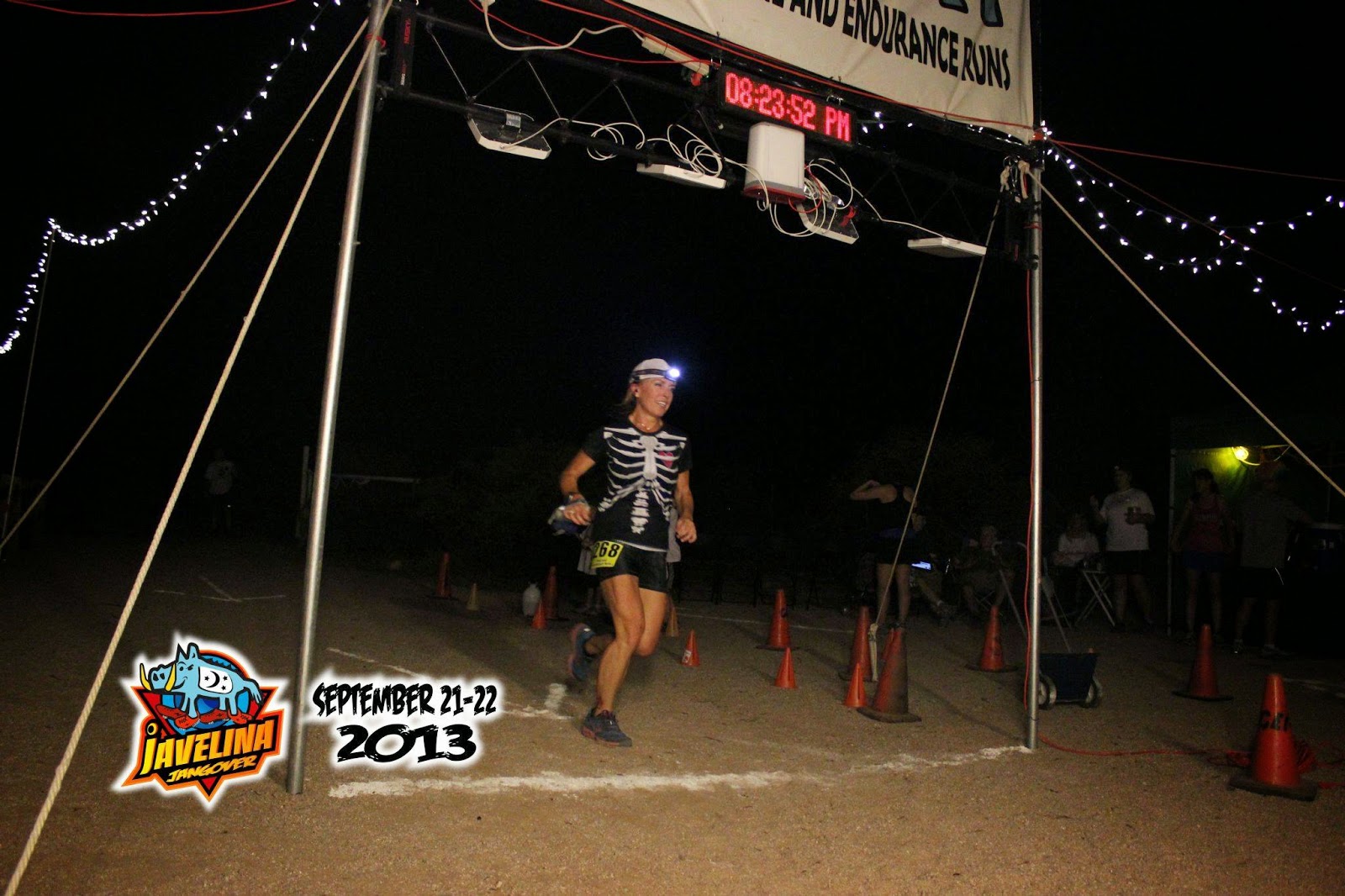 She's won a couple 50k's, how will she do with twice the distance?

If I've learned anything from my history of feeble attempts at predicting ultra results, it's this:  At least a couple of the men and women won't show, at least a couple will drop and a couple will blow up but grunt out a finish.  As Jon Clark says, ultra running is a sport of attrition.

I'm sure I've given too little credit to some, too much to others, or failed to see someone that should be mentioned.  Please let me know what you think!

As per usual I didn't put myself anywhere on the list.  I am feeling fresh, but a little undertrained.  Flat races aren't my forte, but I like to mix it up and this race looks like a good time.  I always have fun in Arizona, and/or when I'm surrounded by Arizonans, can't wait for Saturday!