1) Dylan Bowman - He has been very successful down here in Socal, winning Leona Divide in 6:00 a couple years ago and winning Ray Miller last year.  I know he's a competitive guy and will be eager to best Vargo after finishing just behind him at North Face 50 last December.  I see him and Vargo gutting it out together at the end.  Initially I predicted him coming in 2nd, but that really hasn't been sitting well with me.  Vargo was sick for a little while, Dylan has been training very well, so he's got the #1 spot now.

2) Chris Vargo - While this race has a good amount of climbing, 10-11k per my Garmin, it's still relatively fast/not-super technical... which will play to Vargo's strength, i.e., running fast.

3)Mike Wolfe - Finished 6th at NF, only one minute behind D-Bo.  He or one of the two guys above will get the W.

4) Jason Wolfe - Ran a 6:08 at Leona a couple years ago, ran a 3:46 at the Bootlegger, and has a bunch of other very impressive results.  I'd be surprised if he didn't earn a spot at WS via this race.

5) Timmy Olson - While he implies in his recent blog post that he won't be treating this race as an A race so to speak, he's still an amazing athlete and has been getting in some solid training in the San Gabriel Mountains.  He'll get caught up in the excitement of a great race with many guys pushing each other and he'll finish well as always.

7) Rod Bien - Following Rod on Strava has been a bit intimidating.  Not only is he holding down a blazing pace in every run, but he's also doing tons of cross training/ab ripper stuff.  Not me, I know better.  Why's that you ask?  Well, being a local, I'm full aware of the local cougar population, and I'm not talking about this guy: 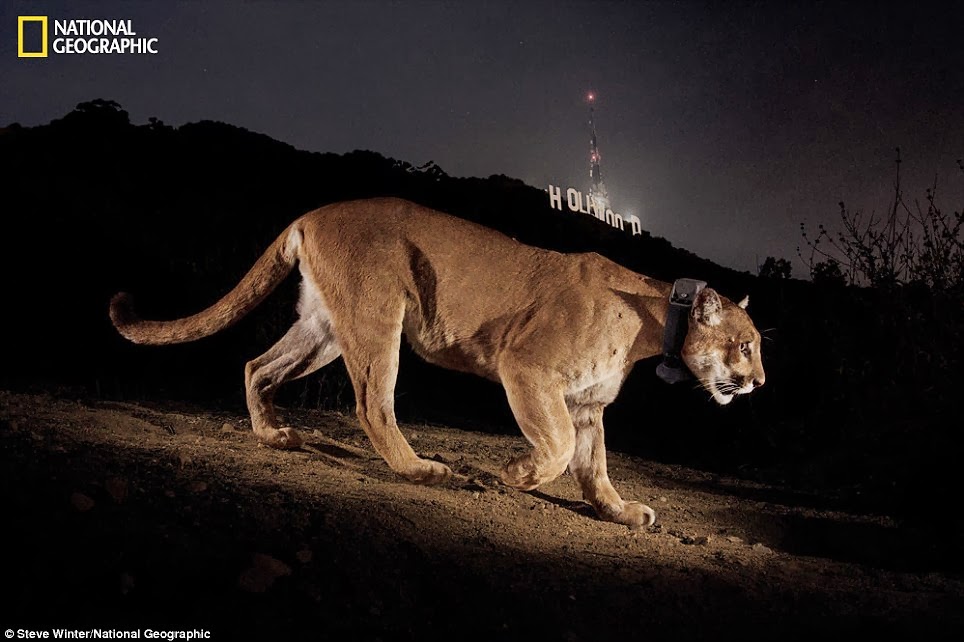 The Malibu cougar population is growing exponentially, out of control even.  When I run by with my uncut belly sticking out, they wont bat their mascara laden eyelashes.  But when Rob zips by with his chiseled 6-pack they'll pounce.

9) Josh Brimhall - Has tons of racing experience, and tons of great results.

10) Jesse Haynes - Top 10 at states last year, runs very smart, won't get carried away with all the guys destroying each other early on, and he's part wolf.  He might jump down to the 50k distance though, we'll see.

11) Dom Grossman - Dom has improved immensely in the last 6 months and knows the course well, expect a solid finish from him.

14) Chris Wehan - Has a long list of impressive results, including wins at his last 3 races.

16) William Tarantino - Won the Malibu Canyon 50k, which includes the first big climb of the course, and he has strong finishes at NF 50 and White River 50M.

17) Kyle Robinson - Fast at shorter distances, how will he hang in 50M?

18) Michael Ryan - He'll be uber solid the first 30 miles, then start puking his brains out.  He'll tough out a legit first 50 miler.

Erik Schulte - is pulling out due to an injury.
James Walsh not on the entrant list anymore.
Ricardo Ramirez is apparently injured.

Hey, what about me?  I dunno, what do you think?

3) Meghan Arbogast - Just won Bandera 100k, she and Angela came in together at Ray Miller 50M a couple years ago.  It'll be a close one between those two.

4) Sally McRae - Recently did well at NF 50M, won Cuyamaca 100k, placed high at Lake Sonoma, and I've got a feeling she really wants to go the big dance.

7) Michelle Barton - Everyone knows how talented she is.  If she shows up ready to race and give this race her all, she could win.


I'm sure that I forgot some obvious contenders on both sides, let me know what ya think.

If we bribe Bryon Powell enough (think good beer and maybe a place to stay?), he might come cover the race, let's all chip in and persuade him.

Looking forward to seeing you all out there, running around on the trails and basking in the golden California sun with a bunch of friends.